i am not complaining today.

even if it is HOT…

even if i haven’t gone anywhere…

even if i am tired….

even if i have not been very productive.

today, i am grateful…

i am grateful for the sun that puts a smile on the day…and the rain that washes my soul..

i am grateful for those that have touched my life in some way; good and bad…because it is through them that my character has been formed and developed….

i am grateful for the love of reading….it is by reading that i have learned and stretched my imagination..

i am grateful for my faith which varies from one day to the next, but is always there for me to hang on to..

i am grateful for life.

how is that for a drop of gratitude? 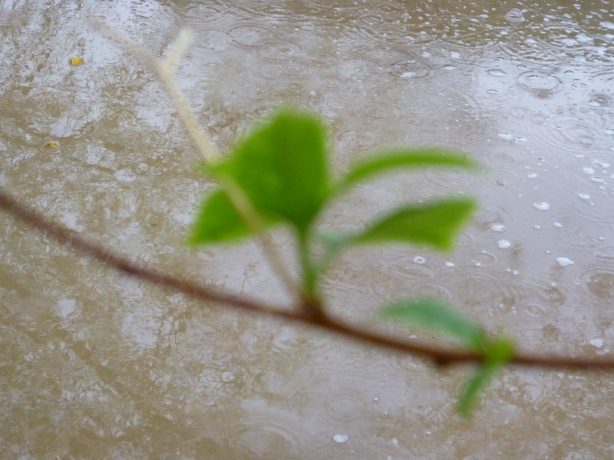 i think i am getting way way behind in my blogging.  it is not that i haven’t thought about it, i have.  but, i have been busy….like painting.  i have been slowly (and boy do i mean slowly) painting the rooms of my house white…heirloom lace…to be exact.  it has been a tedious project.  add to that the holidays that came and went…my visiting granddaughter (who came and went) and just life (that is here and NOT went, thank goodness).

one of the projects that has diverted my attention is a farm table that i sanded, stained, and waxed.  i also painted the legs black.  the top of the table, when sanded revealed a gorgeous bare wood with all the embellishments i love….knot holes, distressing and general blemishes.  the first round at staining came out great…only to result in the traumatic spill of a dark stain when trying to “tweak” the first round….actually, i felt like i wanted to throw it all out the window and chop it into firewood….but the fact that we have no fireplace put a halt to my impetuosity.  so the table was dragged outside again..sanded down to her beautiful nudity and re-stained.  the results were certainly worth it….

i used a stain of steel wool marinated in vinegar for 24 hours or a bit more.  it is gorgeous.  the resulting color is aged wood in shades of gray and brown…i do LOVE it…

here is a pic of the finished product…. 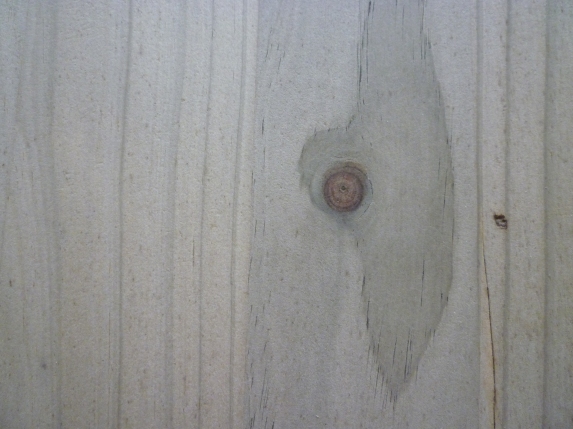 my husband was born in south western ohio.  in hocking county. the country side there is pretty rural…lovely farm land and rolling hills. small towns. neighbors who know each other and holler out as they drive by.

the church congregations are very connected.  bake sales and pot lucks…rummage sales and fund raisers.  folks there are tight.  they speak with a slow ohio accent.

my husband’s aunt mildred used to always call him “my man”….i had not heard that term used before.  what did i know back then?  i was a city girl…a motown production.

mildred always referred to my hubs as “my man”.  i guess it has a certain rural appeal.

anyway,,,,,,”my man” had a birthday earlier this month. he was born in ohio but raised in flint, michigan.  his father was an employee of fisher body owned by general motors.  his mother was a nurse.  my man attended school at flint central  his allegiance is still there.  memories of school friends and events are close to his heart…

my man is also a navy man.  he was a medic in the navy , stationed in the middle of the desert in hawthorne, nv.  i think it is rather amusing that for a navy man, he had never stepped foot on a ship.  for his birthday, he wanted a navy cap.  so that is exactly what he got….a navy cap, a navy tshirt and a navy pocket watch.

that man of mine is one handsome sailor!  happy birthday, my man……and may you have many many more ! 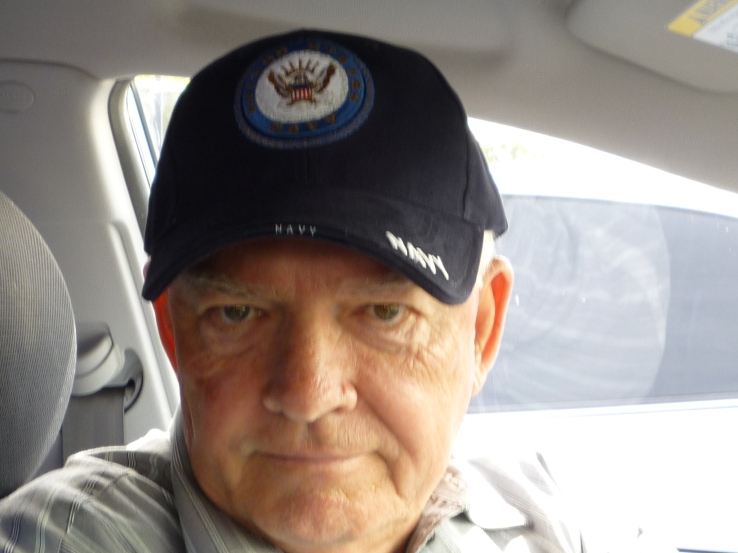 sophie is definitely a creature of habit.  she knows when it is time for me to take her for a walk.  no matter what i am doing, she will come up to me…put her paws up on me and start kissing me…is she a suckup?  yup.

so here it is, time for another walk.   in just a few minutes, sophie and i will do the usual route…out the front door, around the corner…up san gabriel to the second street north of the bridge, turn around, head south to mcneil around the corner to the mail boxes and back home again.  sometimes we vary the route.  sometimes we take the path along the wash area.  i just resumed the wash walk recently.  why did i stop?  let me tell you….

i had a friend named scott.  scott lived along the wash area.  his backyard faced up to the wash path.  sophie and i saw scott in his backyard everytime we walked that route.  he always called out a friendly  “hello!”.  sometimes we stood and talked for awhile.  scott was a natural draw to animals.  they loved him.  he fed the squirrels peanuts.  he fed the quail.  he fed the prairie dogs.  he loved sophie and sophie loved him back.  sophie also loved scott’s dog, penny.  scott died last summer.  he had cancer.  for the longest time, i could not bring myself to walk the wash area, thinking that, if i avoided the path, then, i didn’t have to face the absence of scott.

so now, sophie and i resumed the walk along the wash.  scott is not there anymore, but sometimes, penny is.  sophie always looks up to see if scott is there.  i think she misses him.  so do i. 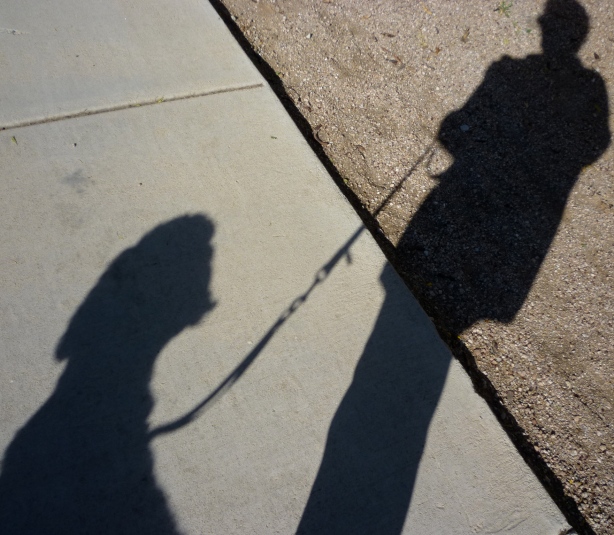 today is groundhog day, but i really don’t want to talk about groundhogs….because every february 2nd, phil sees his shadow and we are in for another six weeks of winter….happens every year.  doesn’t matter here.  we have spring weather in february.

but what i do want to talk about, is the wild lilacs or hardenbergia as it is called botanically.  this vine is not as pungent as the lilacs that grow so beautifully in the midwest or east, but it brings a little touch of that to us here in the southwest.

the scent is faint and the blossoms are not as showy, but the wild lilac is gorgeous to us.  every spring it puts out its flowers and draws the bees.  i for one am happy as a lark to see this.  i look forward to the blooming every.

we have tried planting so many different types of vines over the years…but this one actually thrives!

this is our most beautiful time of the year….before the sun becomes a cooker and fries everything in its sight. 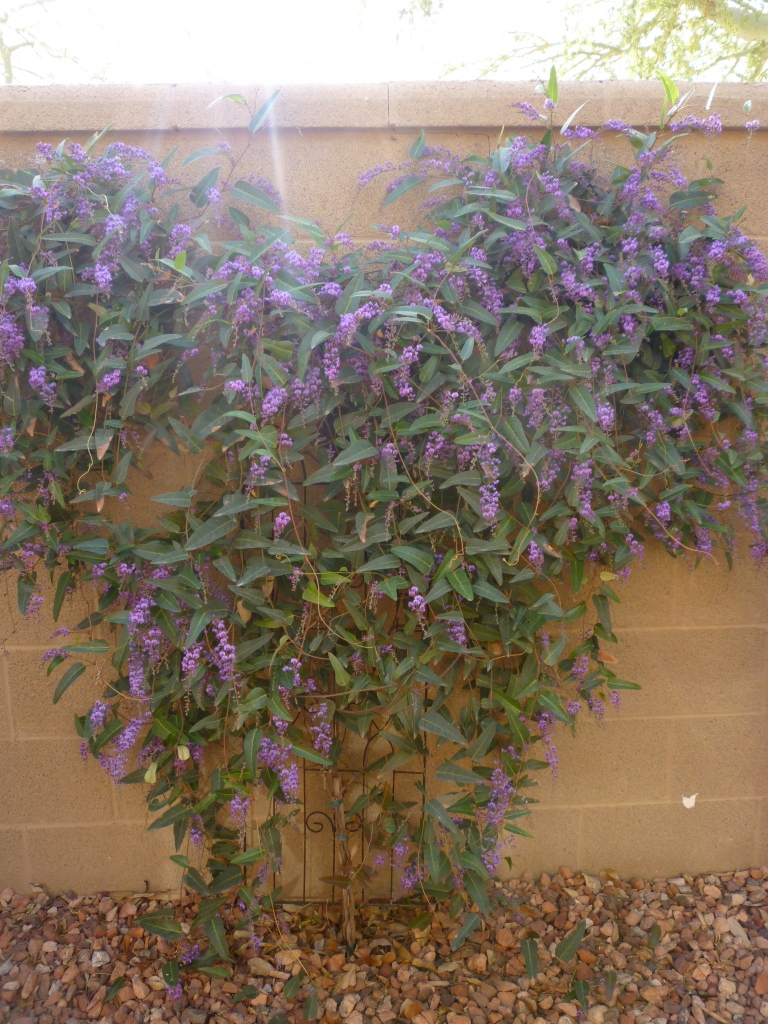 seems like pantone has declared orange or tangerine tango as the color for 2012…i guess we need to have a cheery color, but forgive me if i don’t get excited about it.

don’t get me wrong, tangerines, oranges, tangelos and other citrus are wonderful to eat…i also love apricots and peaches too….but the color itself?  not so much.

for some reason it takes me back to the sixties when avocado, burnt orange and harvest gold  were THE colors.  upholstered furniture, carpeting (and shag no doubt)  and even appliances were featured in every home decor magazine you could imagine.  orange and its aliases were also very popular in women’s clothing too….not to mention cosmetics…lipsticks and blushers were touted to insure that we would definitely be in vogue, and make us “beautiful”…..

not to be left behind in this orangerie, i rushed down to the nearest cosmetics counter to buy the latest hues.  oh how i wanted to be one of the “beautiful” people…..omgosh! without a second’s hesitation i took the french marigold lipstick out of the bag and rolled it over my lips….i could not believe how transformed i was…..and how ghastly.  orange is cheerful, orange is delicious, but orange is definitely not the color for everyone…..sorry pantone, i think i will stick to something a bit more manageable…. 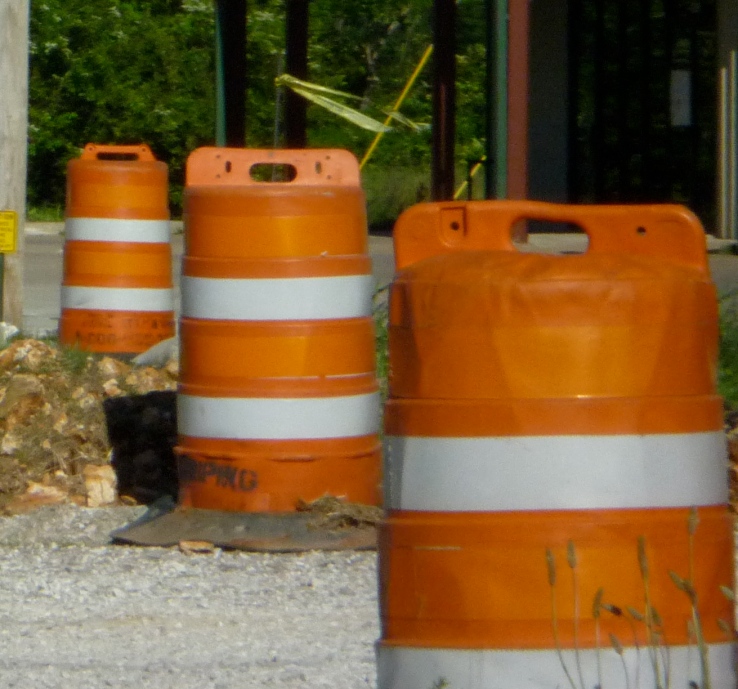 my birthday came and went…such a lovely day it was.  it began with red red roses and a lovely birthday card from my soul mate.  he is very thoughtful.  i love fresh flowers and he knows that. i had hundreds (well, not really, but it seemed like it to me) of messages, emails, phone calls, and cards and gifts from friends and family.  yes, i am a lucky duck.

my husby took me to my favorite junque store, lizabel’s in phoenix.  that place really rocks.  there is so much to look at. this was a supreme gesture of love on husby’s part, because not only does he not like to shop, but shopping in a junque store is even less desirable on his “like” list. i bought a couple of things there, nothing big….just small things.  i have lots of big projects to do as it is, so the purchase of any more  projects-to-be was just not a good idea. next up, was lowe’s….yup.  some girls like jewelry, some like clothes, and i like lowe’s.  got one dandy orbital sander to make the projects do-able.

getting home brought another surprise of fresh flowers from one of my daughters.  it is so awesome….in the shape of a birthday cake.  it is just so cool.

wouldn’t mind having a birthday every day…..oh, wait,  i already do….i wake up on the right side of the grass…. 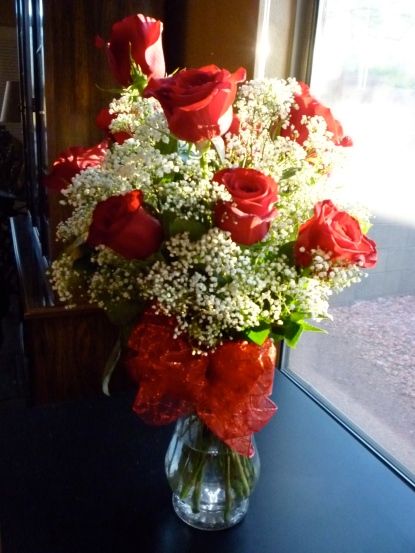 i really like january….maybe because it is my birth month, but  also it kind of kicks back and lets out a big sigh after the mad rush of the holidays.

january brings a new year into focus…looks inward to the soul and asks, “well, what do you have planned for me?”

january is not the harbinger of spring..it is not the cupid of february or the blossom of may.  it is bare bones … and that is a good thing, building from the branch out.

i don’t make resolutions.  did that.  broke them after a few weeks. so, now i just kind of look inside myself, sort  out the  beans and decide what my next project will be.  that is, of course, after christmas gets put away.

hello january….it’s been awhile since i looked inside. 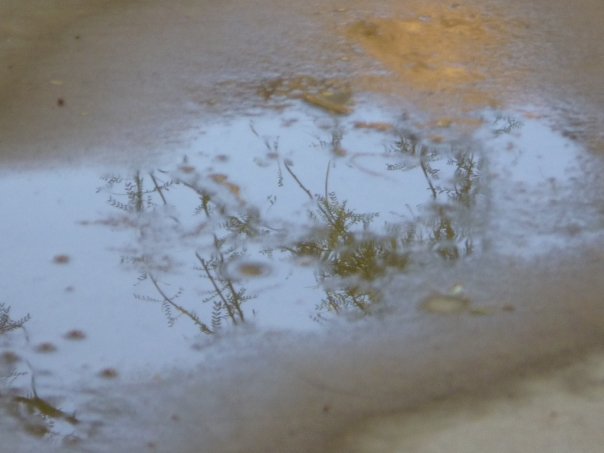 i heard a song this year that i never heard before.  for some reason the lyrics and the melody really spoke to my heart.  it was a christmas song sung by the youth choir…

you could’ve come like a forest fire …  with the power of heaven in your flame.

falling from the sky in the night … to the earth below 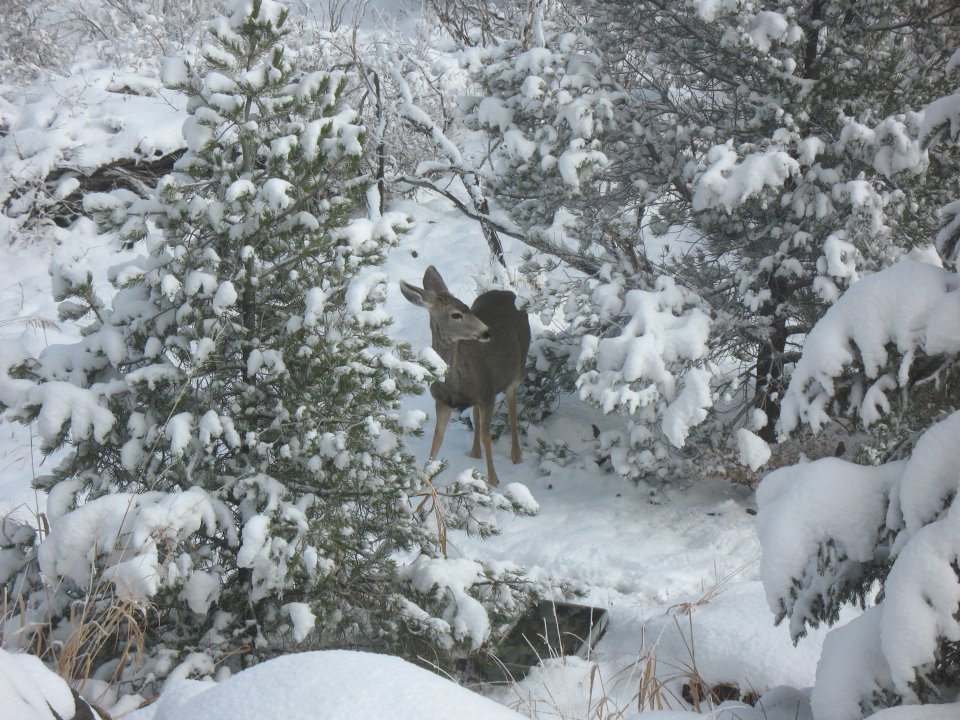 happy to be here…one day at a time… 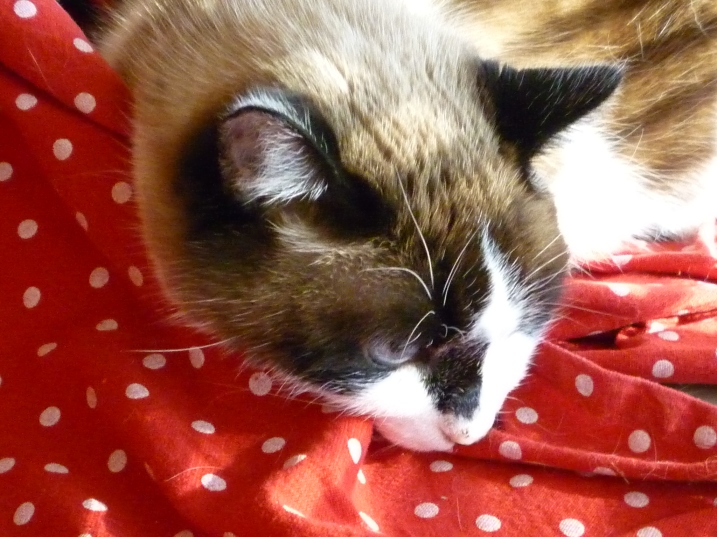